For one carefree day and one sweaty night you can dance and listen to many different contemporary sounds. During the day Indierock bands like the sweet German quartet Beat! Beat! Beat!, the blithesome Australian Twee-Pop Ensemble Architecture in Helsinki, and the cool British chart toppers Editors are in charge of loud guitar licks and touching sing-along melodies.

On the Carhartt stage the Dubstep elite will surf on massive bass waves. With Jamie xx, beatmaker of the famous The xx, one of the most talented new faces of the UK bass scene plays his Düsseldorf debut. Also his fellow countrymens Mount Kimbie are the first time in town to juggle with bass, beats, and vocal samples full of soul and dark atmospheres. Beyond that the French House party animals dOP come around to play one of their breathtaking live shows.

During the night the Open Source Festival hits the road and spreads his versatile grooves all over the town. In several different clubs acts like the Latin American Cómeme family consisting of producers such as Matias Aguayo, Diegors, or Ana Helder blent Cumbia and Kwaito rhythms with good old jacking House and Cosmic Disco deepness. Furthermore the new Jamaican-French Detroit House sensation Aquarius Heaven play among a string of other artists that come by to make a night of it.

To give a foretaste here a little video teaser: 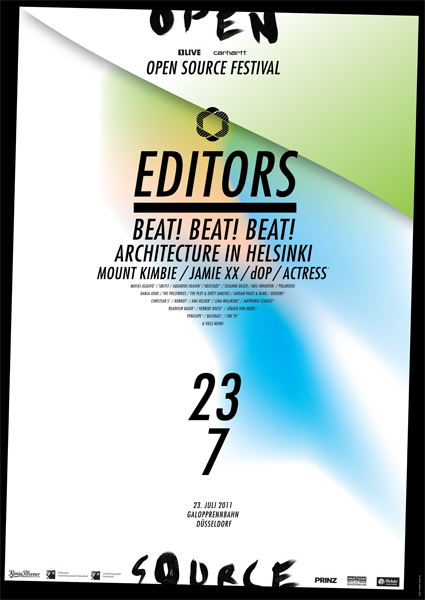 London: Benji B talks about Deviation