Also Blank Dogs (picture above) from Brooklyn, New York like to do it yourself. The man behind the vibrant Post-Punk project is Mike Sniper, a multi-instrumentalist who already released a string of singles and albums throug medias like cassette or vinyl on critically acclaimed DIY labels such as Troubleman Unlimited, Captured Tracks or Fuck It Tapes.

Today he and his thrilling band stop by in Cologne to give a taste of how unvarnished, raw, and direct the sound of Brooklyn momentarily rocks. 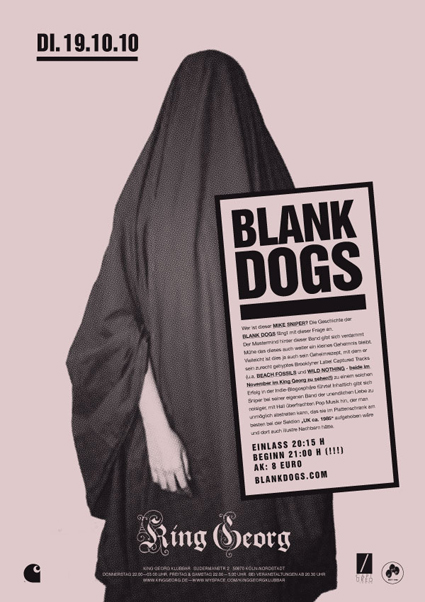