Since 1989 the man from New York keeps the world-wide Hip Hop culture with his intelligent raps in suspense. In the beginning he come off as the beatboxer of the duo Organized Konfusion. After training his skills on the microphone he joined his partner Prince Po rhyming and together they produced three albums that wrote some alternative Hip Hop history. 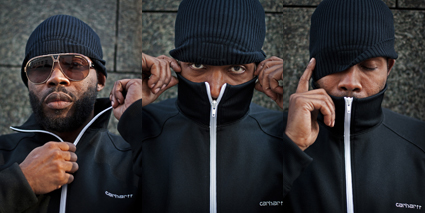 After the split of Organized Konfusion Pharoahe Monch released two solo records that established him as a multisyllabic rapper that has nothing in common with the conventional commercial Hip Hop culture. Now he travels through Europe with his latest longplayer W.A.R. – a masterpiece of political Hip Hop with a soulful atmosphere.

On stage he performs together with Soul chanteuse MeLa Machinko and the young R&B crooner Showtyme in order to perform the gospel vibe of his latetest album real heartrending.

Here is where he comes around to stimulate your mind and senses: 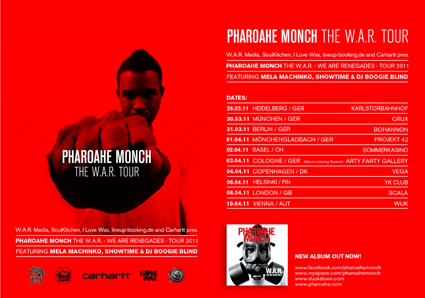