Since 2004 Breakdance Cologne commemorates that the acrobatic dance style, which once evolved from the Hip Hop movement during the early 1970s, is still agile. This year European teams like Octagon Crew from Sweden, Funky Dope Manouvres from Holland and the Ruff ‘N’X Crew from Basel/Switzerland show how to venture some moves like Toprock, Downrock or Butterfly Kick. 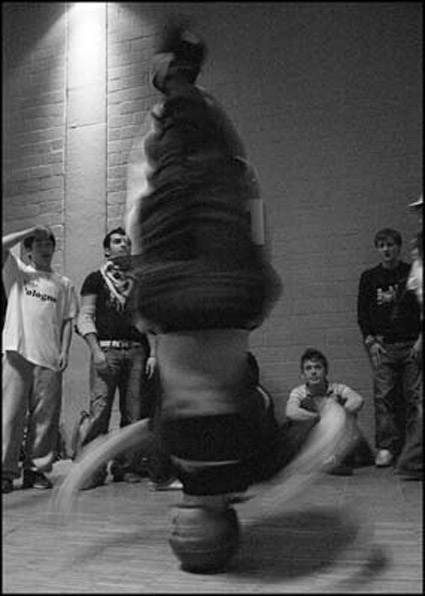 For the breaking background music tempo between 110 and 135 beats DJs like Ice-C come around to scratch some percussive patterns. As judges the organizers invited some world famous B-Boys like Sam from the Belgian Team Shmetta, Sonny Tee from Hamburg and south German breaker Hans from the Los Caballeros Crew.

A lively competition that celebrates a Youth culture which once was invented by African Americans and Puerto Ricans in Manhattan and the South Bronx and that today is still alive and kicking. 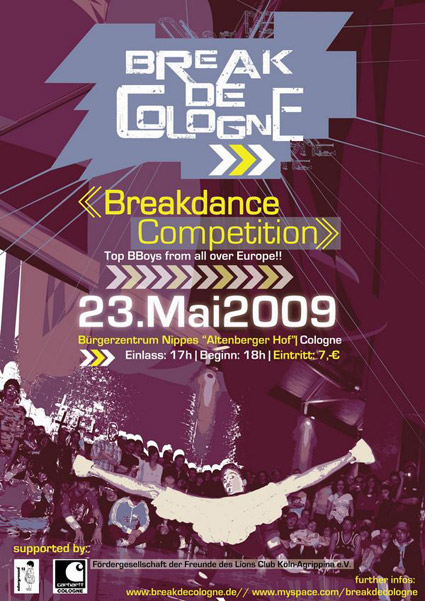