Since 1997 Thorsten Lütz aka DJ Strobocop runs the label Karaoke Kalk. With artists like Wunder, Donna Regina, Pascal Schäfer or recently Dakota Suite he released modern pop music under the roof of electronic production. And this sometimes less, sometimes more experimental. Furthermore in 2005 he established the subdivision Kalk Pets – a more danceable unit of Karaoke Kalk, where acts like Junction SM, Antonelli, Paul Frick or DeWalta released some edgy House, Minimal and Techno rhythms. For Carhartt Radio Strobocop now did a mix together with his girlfriend Chica Paula. To receive an impression about his label work we did a little one-on-one interview with the Berlin based DJ.

Karaoke Kalk is a label that’s not easy to pigeonhole in terms of a predominant musical style. When you founded the label in 1997 what was your motive?

Strobocop: At the time, people were extremely euphoric about every kind of electronic music. Back then, my main work was as a DJ, and so I started looking for ways to get even more involved in what was going on right then. At about the same, two of my friends – both of them typical – were just finishing their first production. And it just happened so that this first production was released on my label. So, you could say two of my friends were responsible for the first two CD releases and also for the first eight vinyl releases on Karaoke Kalk. They are Jörg Follert, aka Wunder, aka Wechsel Garland, and Jens Massel, who appeared as Senking, Kandis, and Fumble on my label.

How would you describe the musical bandwidth of Karaoke Kalk in your own words?

Strobocop: Well, in the beginning I refused to release anything with guitars. That used to be the back then. Total bollocks, of course. I mean, until the early nineties I grew up listening to so-called alternative music. But it seems that I wanted to distinguish myself at all costs to present the label as exclusively influenced by electronic music. Naturally, this attitude changed relatively soon – definitely by the end of 1999 – when Karaoke Kalk released the first Donna Regina album. In my opinion, as far as the music is concerned, the label has opened up to all sides after this release.

Do you think that music fans will once remember certain Karaoke Kalk artists in the same way people remember Bach, Beethoven, and Mozart today? If so, of which artists are you thinking?

Strobocop: No, I wouldn’t put it like that, because the composers you mentioned were musical geniuses. But I think, one or other of my releases has been quite seminal for electronic music. Wunder comes to my mind spontaneously, but also the first release by Duo März. That’s something that I’m sure people will still like in 30, 40, and 50 years. However, if that’s going to hold on for an even longer period, I can’t say. 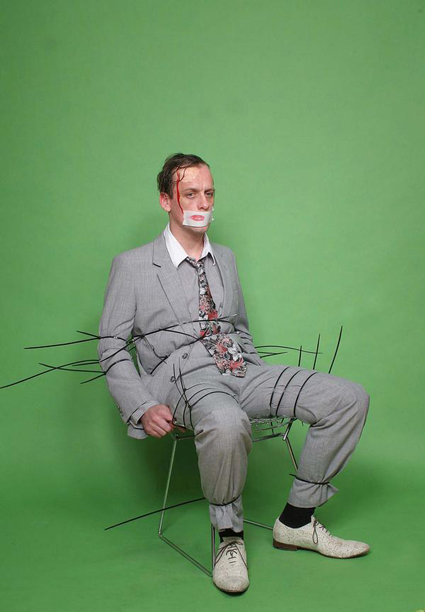 What do you aim at with the music released on Karaoke Kalk?

Strobocop: Well, the main intention is to get out good music to the people, I reckon. Of course that’s a completely subjective point of view, and it doesn’t necessarily follow that the music I like is enjoyed just the same by other people. First and foremost, it’s a lot of fun for me to work with unknown artists, to see how some artists develop further and become more and more successful with their music. Take Hauschka for example. When I released his first album on Kalk in 2005 his particular kind of piano music wasn’t as popular as is it is now, four years later. But I can say that although Volker has been released on Fat Cat in the meantime, Karaoke Kalk has already released this kind of music, I’d call it Post-Electronica, very early on. Also, it always feels great when you finally hold the finished product in your hand – time and again.

Are you still happy with every title you have released on Karaoke Kalk today?

Strobocop: I’m still 100 percent behind all of them. Some releases came out at a time that was right for them and are therefore not so current anymore. Nonetheless, I dare say that almost every release on Kalk has a certain kind of timelessness about it. I’m still happy to listen to all of them today and also keep finding old pieces that fascinate me in a new way.

What motivates the open approach, let’s call it the , of Karaoke Kalk when you could also easily restrict yourself to a certain musical style in a more or less consumer-friendly way?

Strobocop: I believe that this , as you call it, only mirrors my own way of dealing with music. Of course I have my own musical preferences every now and then, but I’d still say that I have a very broad musical taste. And in the end the label is meant to reflect this, too.

How big is your influence on your releases? Would you say that label bosses are not to be sold short as filters for music?

Strobocop: Of course I’m a filter for music. 99,5 percent of all the demos I receive are crap. That’s what a label is for. A record store or a mail order shop fulfils the same function. It’s exciting to see how this is going to resolve in the future, since the numbers of record stores and labels are continuously decreasing. Nonetheless, I’m convinced that the average music consumer, who doesn’t have the time to deal with every new release, is dependent on this kind of selection. Only, who’s going to fulfil this function in the future?

How do you recruit new artists? From your own circle of friends maybe? Do you accept applications or do you go strictly by the power of musical expression?

Strobocop: A little bit of all of the above. By now I’ve noticed that I have a tendency of wanting to publish the music of my friends and acquaintances. Unwanted submissions only rarely have a chance, since the musical quality is oftentimes simply too low. As always, there are exceptions to rule, like in 2009, when I released a disc by Dakota Suite, someone I hadn’t know before. 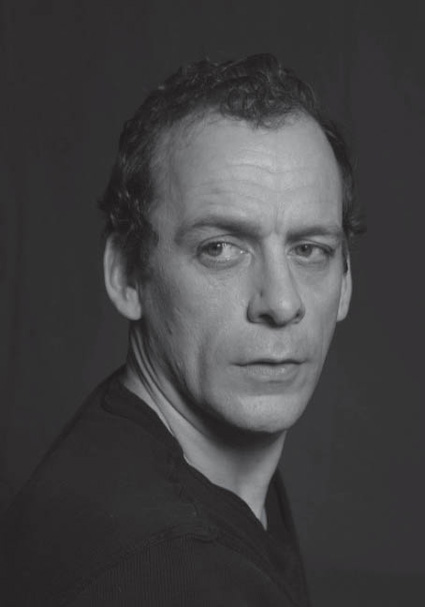 Can you think of an artist that you’ve always wanted to sign for Karaoke Kalk?

Strobocop: In the very beginning, around 1998, I received a tape from Jan Jelinek. I’m not really sure any more, but I believe that he still went under one of his pseudonyms at the time, either Farben or Gramm. In any event, stupid me didn’t do it back then. Don’t ask me why. I’ve regretted it a lot, since I’ve become a big fan of his music.

Do you think Karaoke Kalk releases would sound differently if you were a woman? What kind of sound would that be?

Strobocop: How am I supposed to know that? After all I’ve released women on my label. Not every label can claim that much.

How do you think Karaoke Kalk is going to sound in five years?

Strobocop: If I only knew…

Strobocop: Us der [German dialect for ], as they like to say in my old hometown Cologne.

Could you put together the perfect soundtrack for each of the four seasons from the range of the records released on Kalk?

Strobocop: For winter, I’d definitely say Dakota Suite: The Night Just Keeps Coming In. It fits perfectly. For spring, I’d recommend Wechsel Garland’s album Easy. For summer, my two compilations Kalk Seeds 1 and Kalk Seeds 2, and for autumn everything by Donna Regina for sure. 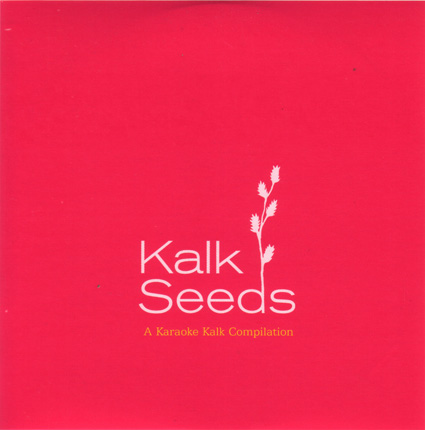 According to Wikipedia Karaoke is a popular pastime activity originally from Japan in which amateurs sing along to the instrumental versions of well-known pop songs. Does this definition have anything to do with the works on your label?

Strobocop: Well, actually it doesn’t. I only chose the word because it sounds well together with the word , which is the part Cologne where I grew up.

A couple of years ago, you relocated from Cologne to Berlin. Which locations are especially fascinating to you in your new hometown?

Strobocop: Even after six years I still keep discovering places I haven’t been to before that I find fascinating. I particularly like the area around Berlin. Some of it is very beautiful. At the moment I am very fond of Berlin’s Wedding district, probably because it reminds me very much of my old home turf, Cologne-Kalk.

Strobocop: I’d like to spend a year in South America to finally get around to learning how to speak Spanish. So far, I can only understand it.

Strobocop: Well, I give myself the sack in regular intervals.