For the jubilee the hosts invited Canadian native Deadbeat to play his Dub and Dancehall influenced version of kaleidoscopic House and Techno atmospheres.

Beside the man from Montreal who is recently located in Berlin the Hungarian ten piece band Realistic Crew introduce their new longplayer Freedom Eats The Soul. On top of that also Ferenc Vaspoeri from Budapest creates his experimental Electronic rhythms live.

To perfect the line-up the local DJs Isu and Beta play strictly rhythmic House and Techno to assure that it will be a whale of a party. 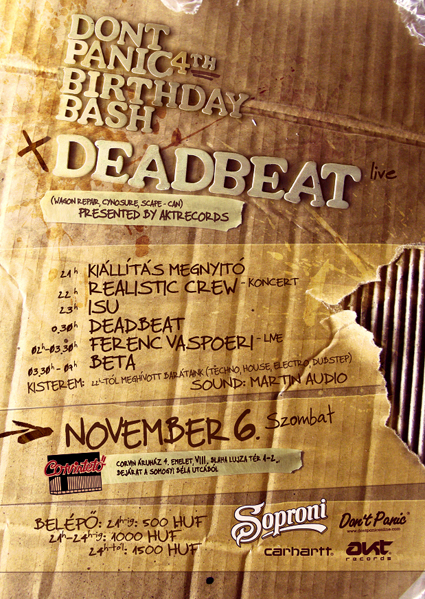