The third edition of the Bologna, Italy based Festival features digital paths into music and art as the organisators say.

The kick-off party is hosted by the French Techno and House madmens Nôze (picture above), who play together with Dani Siciliano. Before their sweaty performance the London based electronic producer Jon Hopkins, who soon will release a new album together with legendary Brian Eno on Warp, will show his skills as one of the most talented electronic musicians of our time.

Beside music the Festival features fresh adventures in contemporary digital art. A cherry on the cake that should make you think about a little weekend holiday in Bologna. 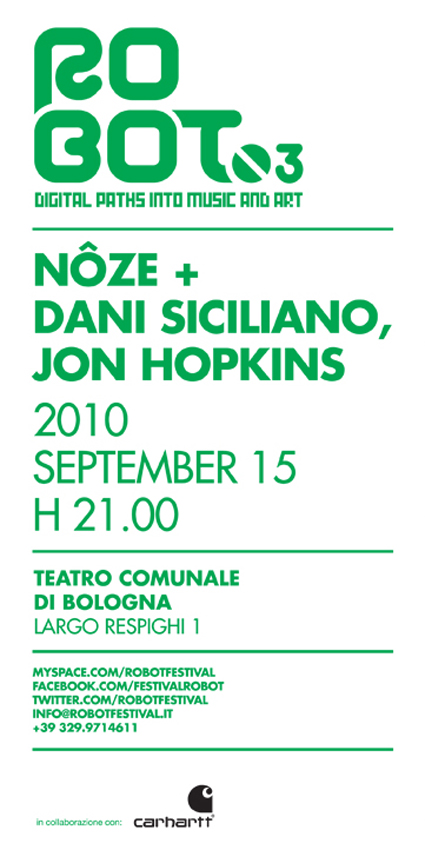