After having a huge success in the Drum and Bass scene under his moniker Clipz, the Briton created his second pseudonym Redlight in order to blend styles like Techno, House, Hip Hop, Jungle, and Ragga into one big massive sound attack.

Now he introduces his new stylistic balancing act for the first time in Spain, where he will be backed by DJ Kelvin of the Sub/Stance crew. 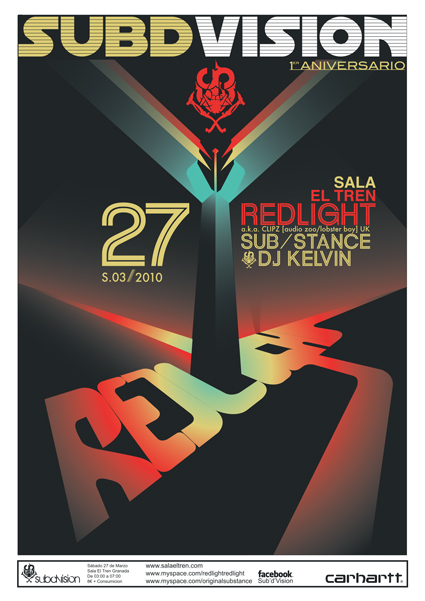