“Any long-time followers of SLAP will undoubtedly remember Scott Bourne not only as the subject of some of our more memorable skate photos, but also as the author of Black Box—a department which ran for years, crammed into the corner of a page full of other info. Its existence and position were once described to me as “A 400-pound gorilla in a three-inch cage.” Scott’s writings were undeniably powerful and insightful, and I lament that I didn’t have the space at the time to give them more room to shine. Thankfully Scott has continued to develope his excellent writing over the years, having finished a full novel awaiting publication, as well as several smaller books—now including this new book of poems written in San Francisco, CA and his current home of Paris, France between the years of 2004 and 2006. Both the writing and subject matter are raw and unedited, rough and beautiful at the same time, torn straight from the typewriter’s rollers and presented as such (literally; the pages are scanned as-is, with hand-written notes and all). I believe that Scott is currently one of the great but largely unknown authors working in his style and genre. Flavors and echoes of Bukowski, Miller, Hemingway, and some of the great unabashed manly men with pen in hand speak towards the place where Scott’s words live, though his style is his and only his. Violent and tender, enraged and enamored, full of love and hate, and nothing but honest, Scott’s poems have less to do with flowers and softness and much more to do with raging seas and brick walls. Experience his insanity for yourself.”
- Mark Whiteley 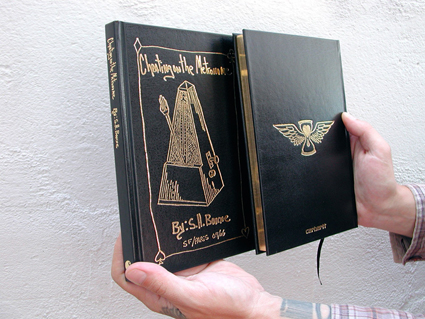