New Balance and Carhartt WIP have collaborated on a capsule collection that includes a reimagined version of the classic 990v1 sneaker silhouette, as well as a series of apparel and accessories. Titled the Sculpture Center capsule collection, the first ever collaboration between New Balance and Carhartt WIP is inspired by no-frills, no-shortcuts neighborhood gyms. The resulting styles draw from a palette of dark blues and grays, as trophy motifs and collegiate-inspired typography feature throughout.

First debuted in 1982, the New Balance 990v1 was originally a running shoe, combining mesh and suede in muted tones. New Balance x Carhartt WIP reimagines its upper in hairy suede with a signature mesh underlay, while also featuring a woven tongue label certifying its “Made in USA” credentials, as well as subtle reflective elements at the heel tab and logo.

The accompanying apparel further expands on the capsule’s theme. The Carhartt WIP Arcan Jacket appears in a washed-out canvas, with the addition of a snap-on hood. Both its outer and its blanket lining feature graphic elements seen within the collection. Additionally, there is a series of jersey-based staples – including a new short sleeve sweatshirt – which have been garment-dyed and washed. The collection is rounded out by graphic t-shirts and accessories, including a reversible beanie, towel, and a water bottle produced by Nalgene. 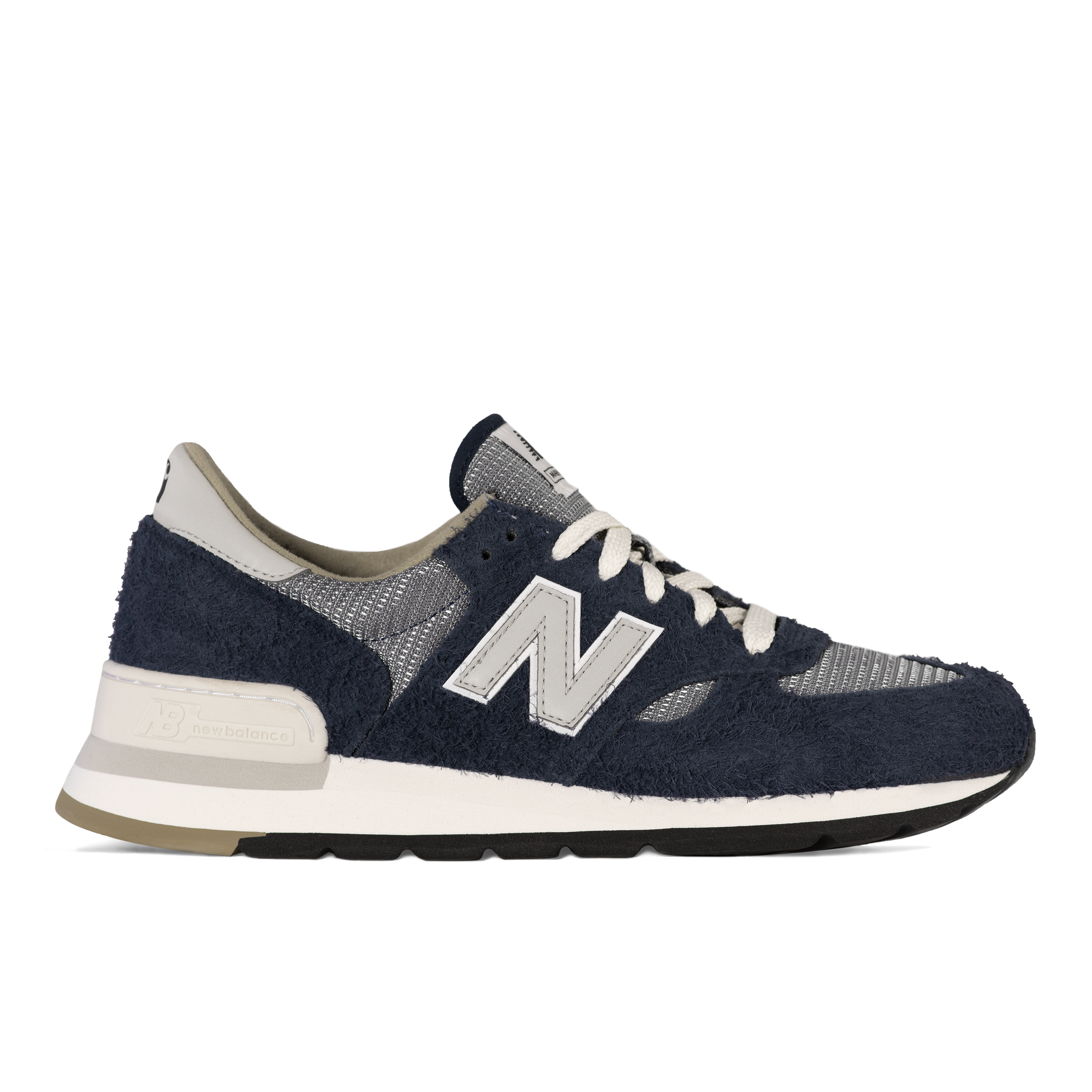 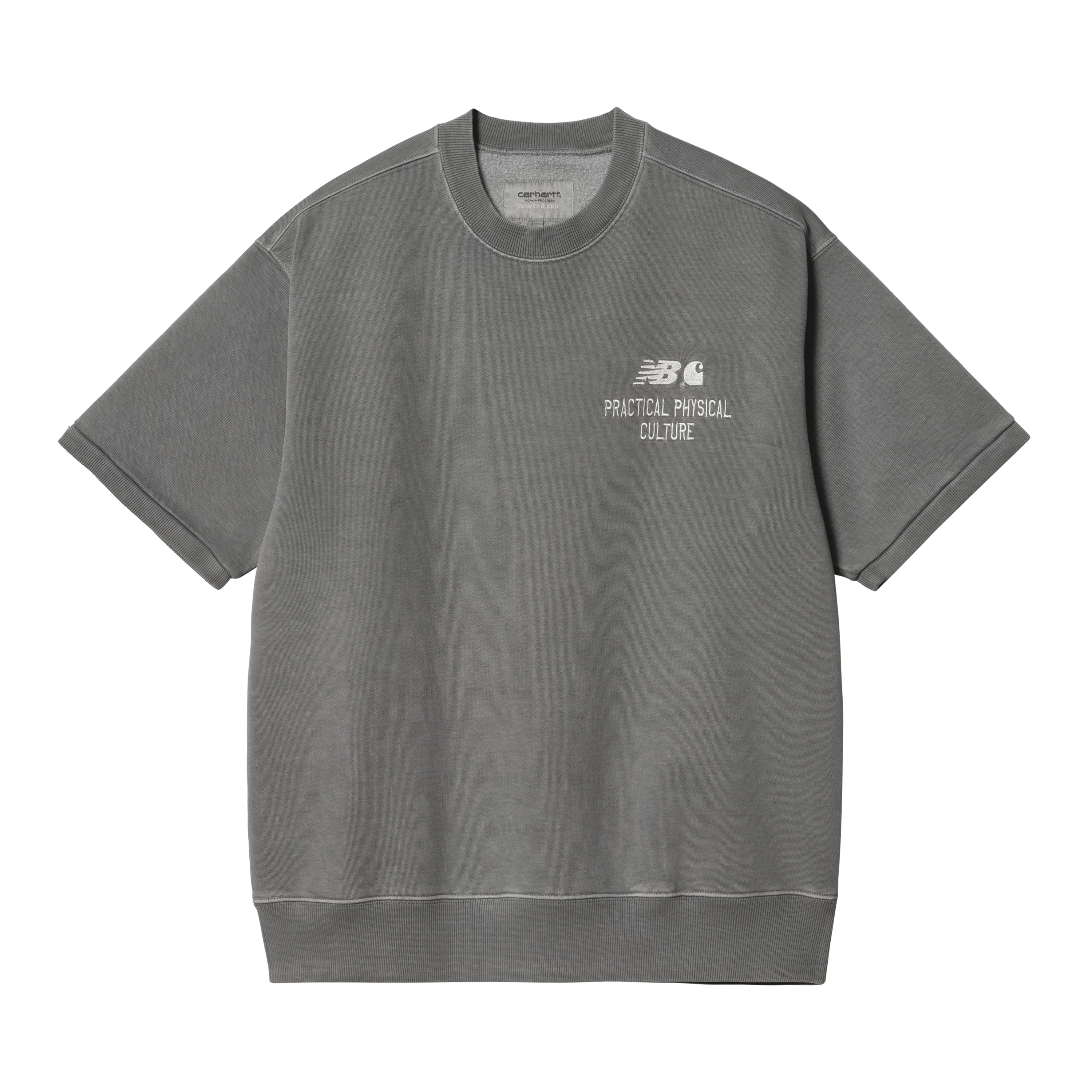 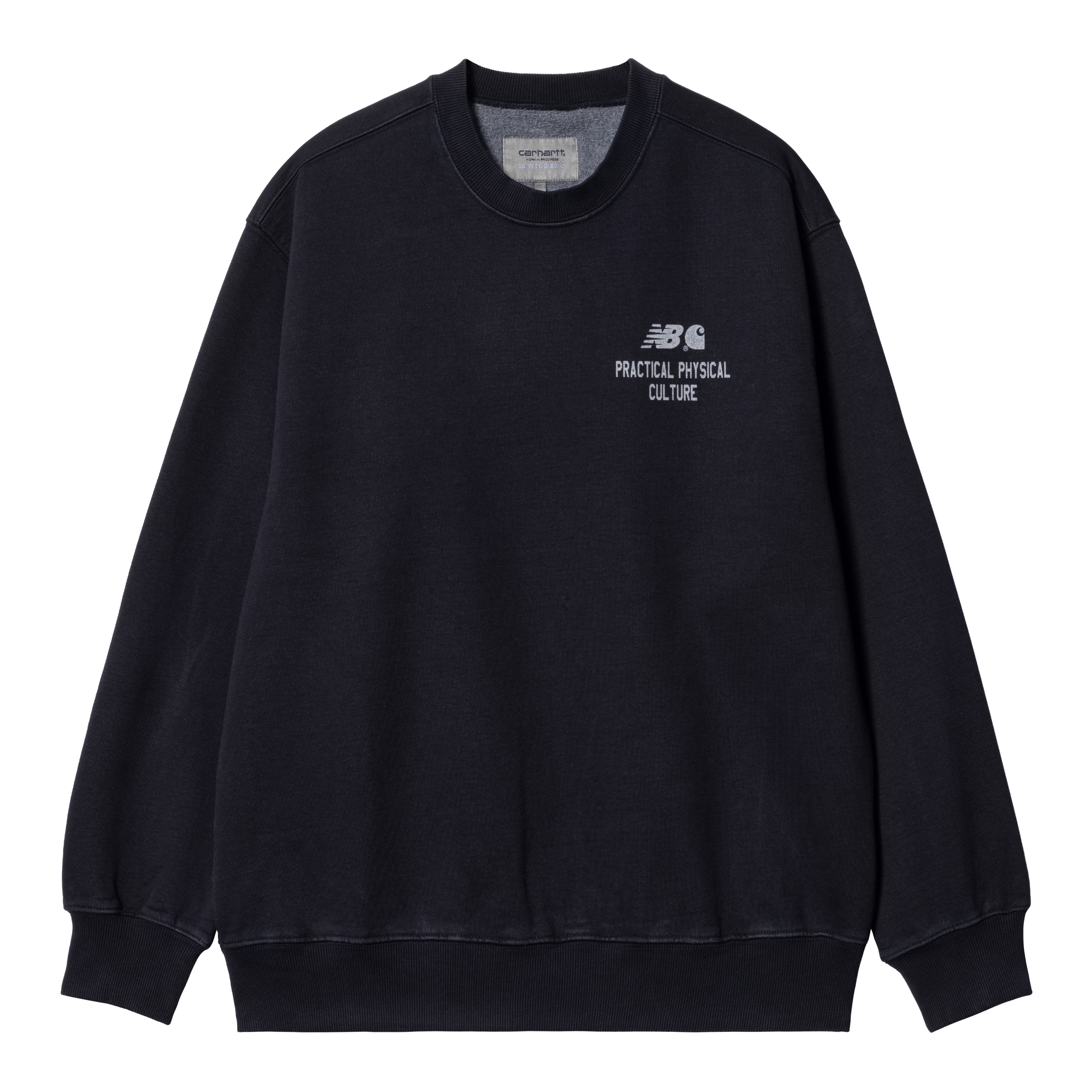 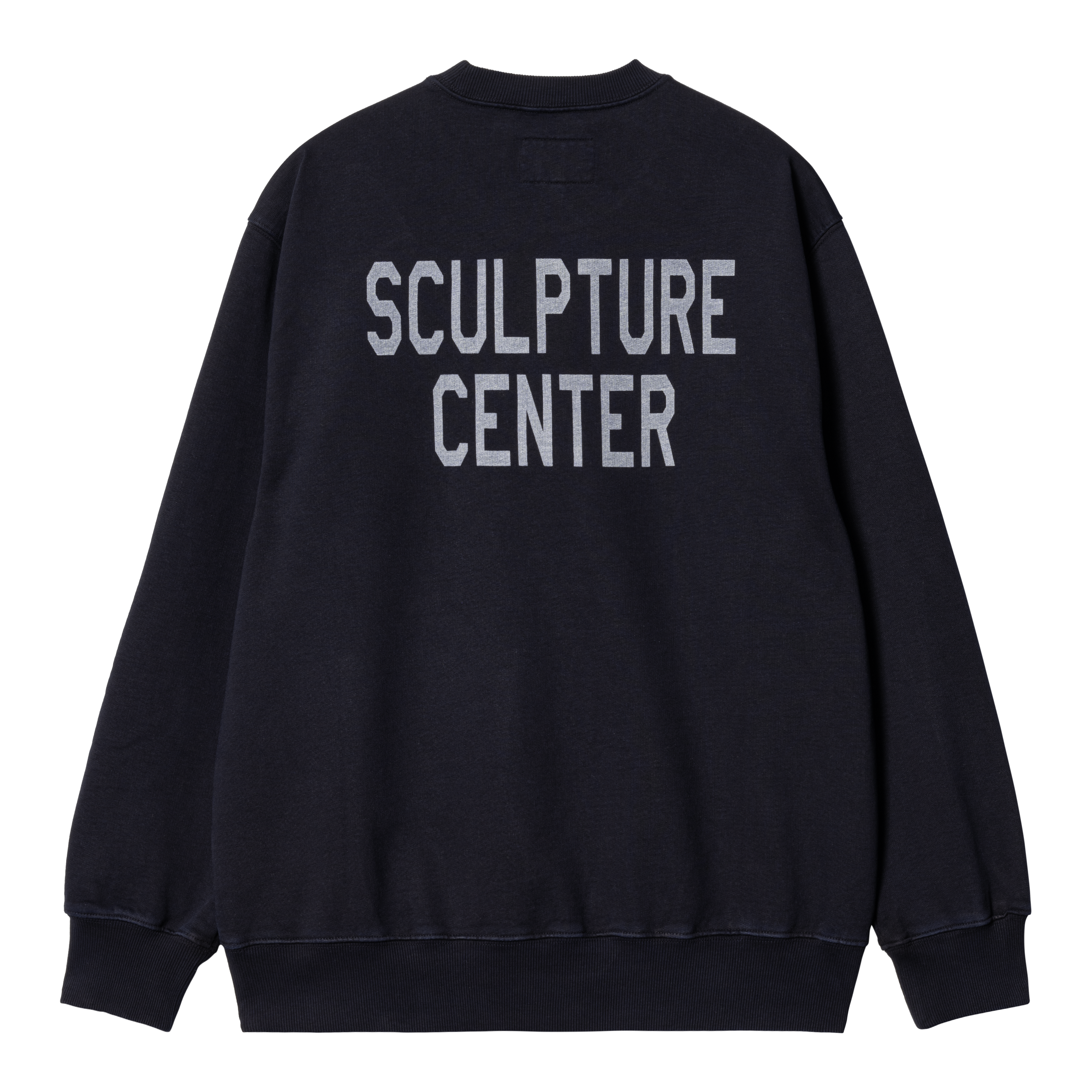 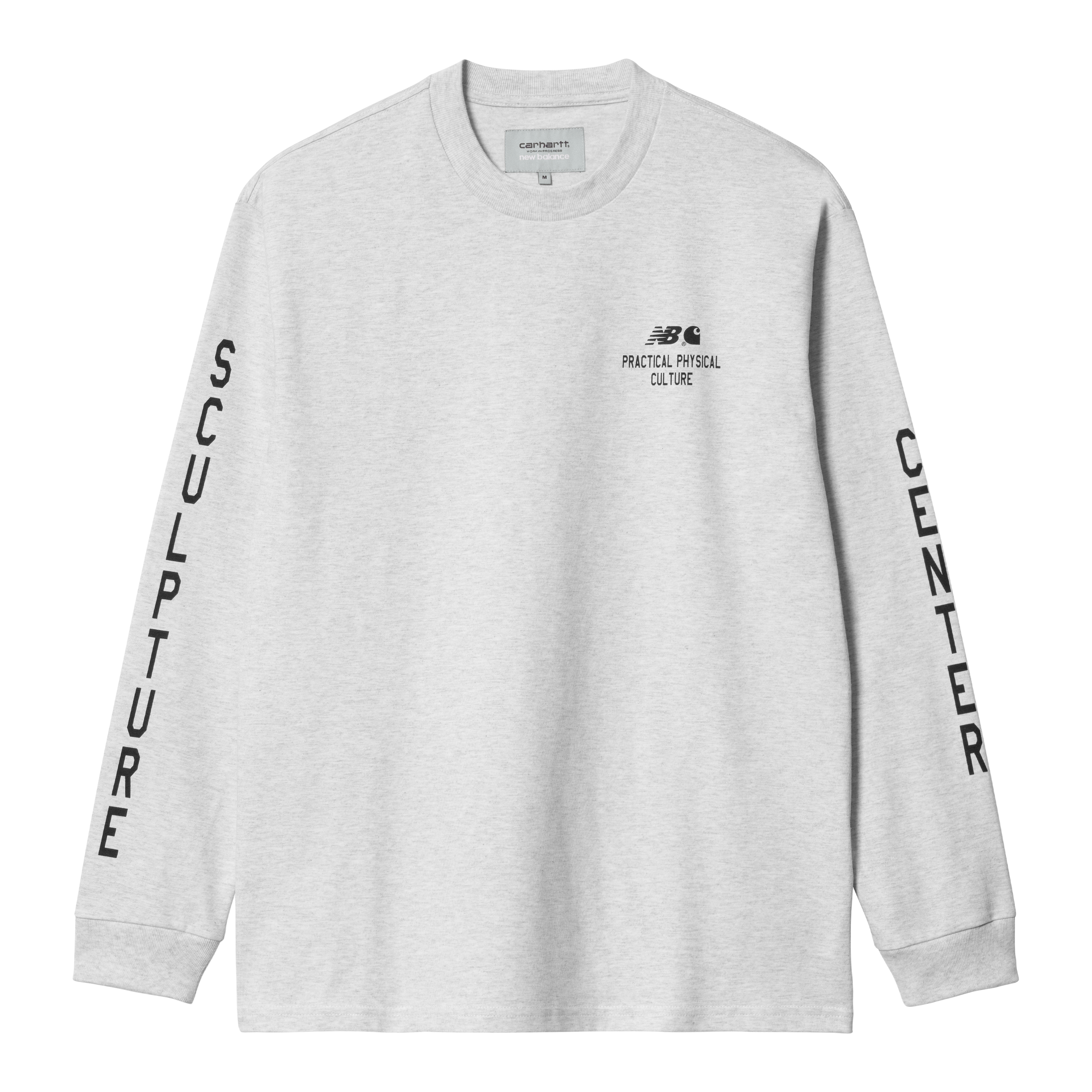 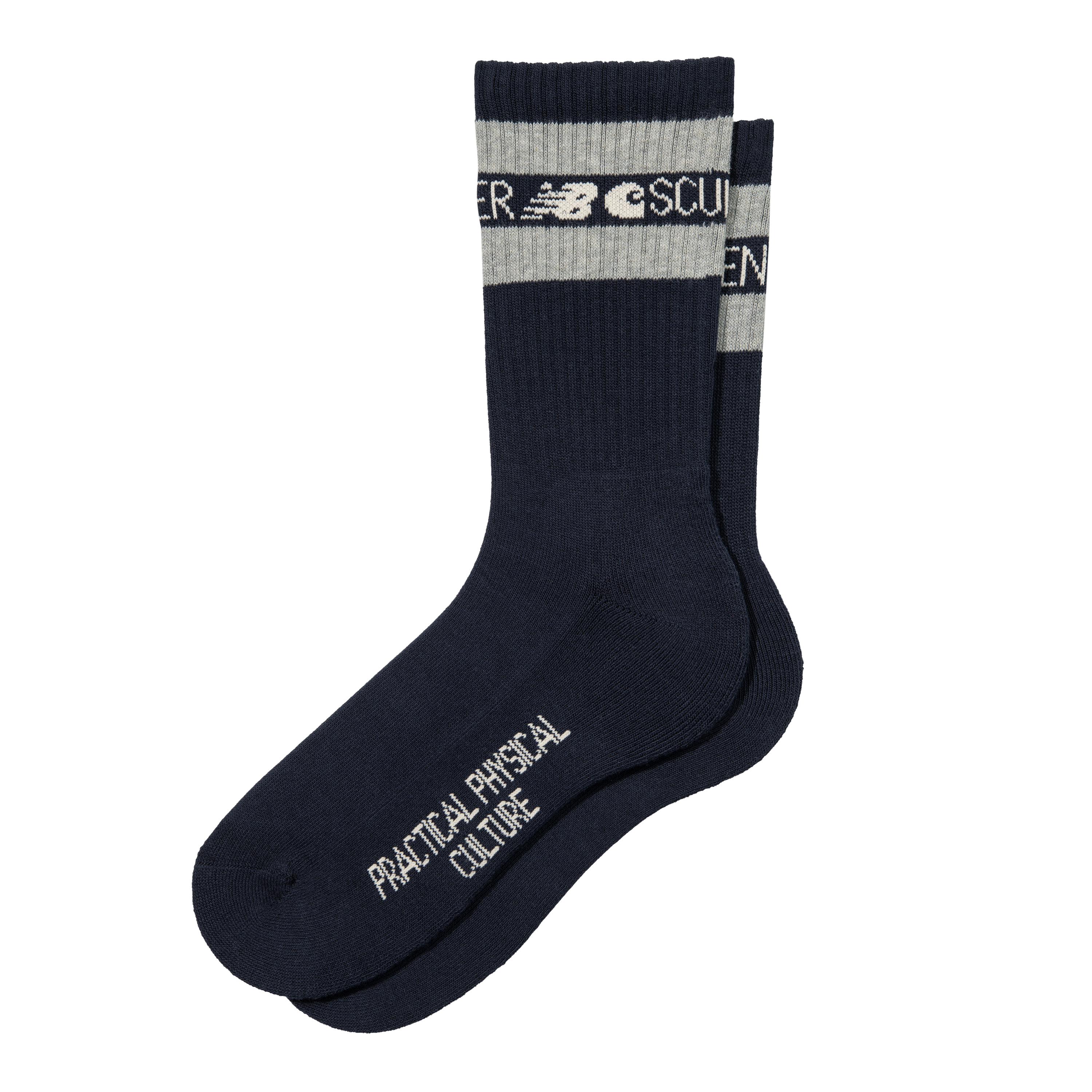 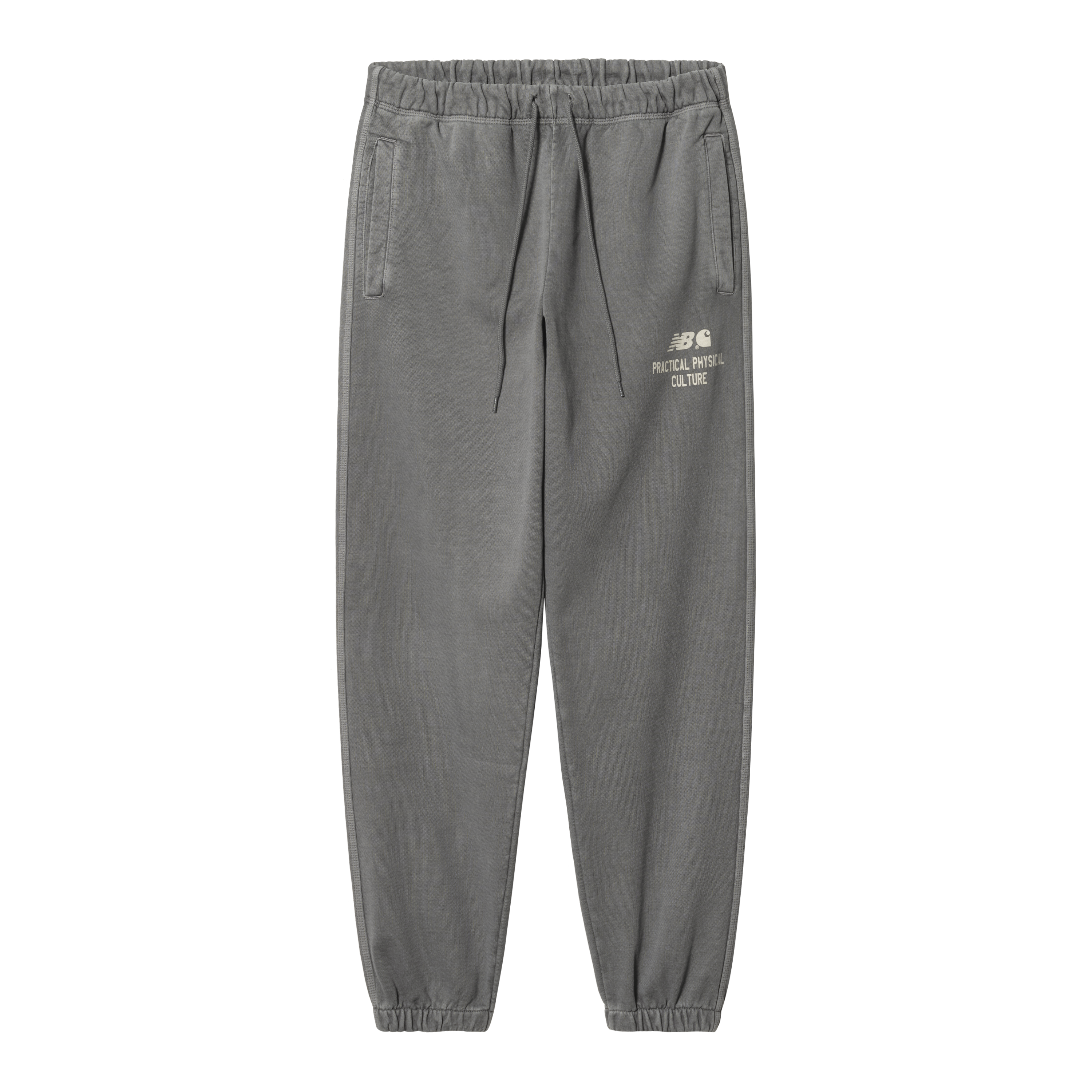 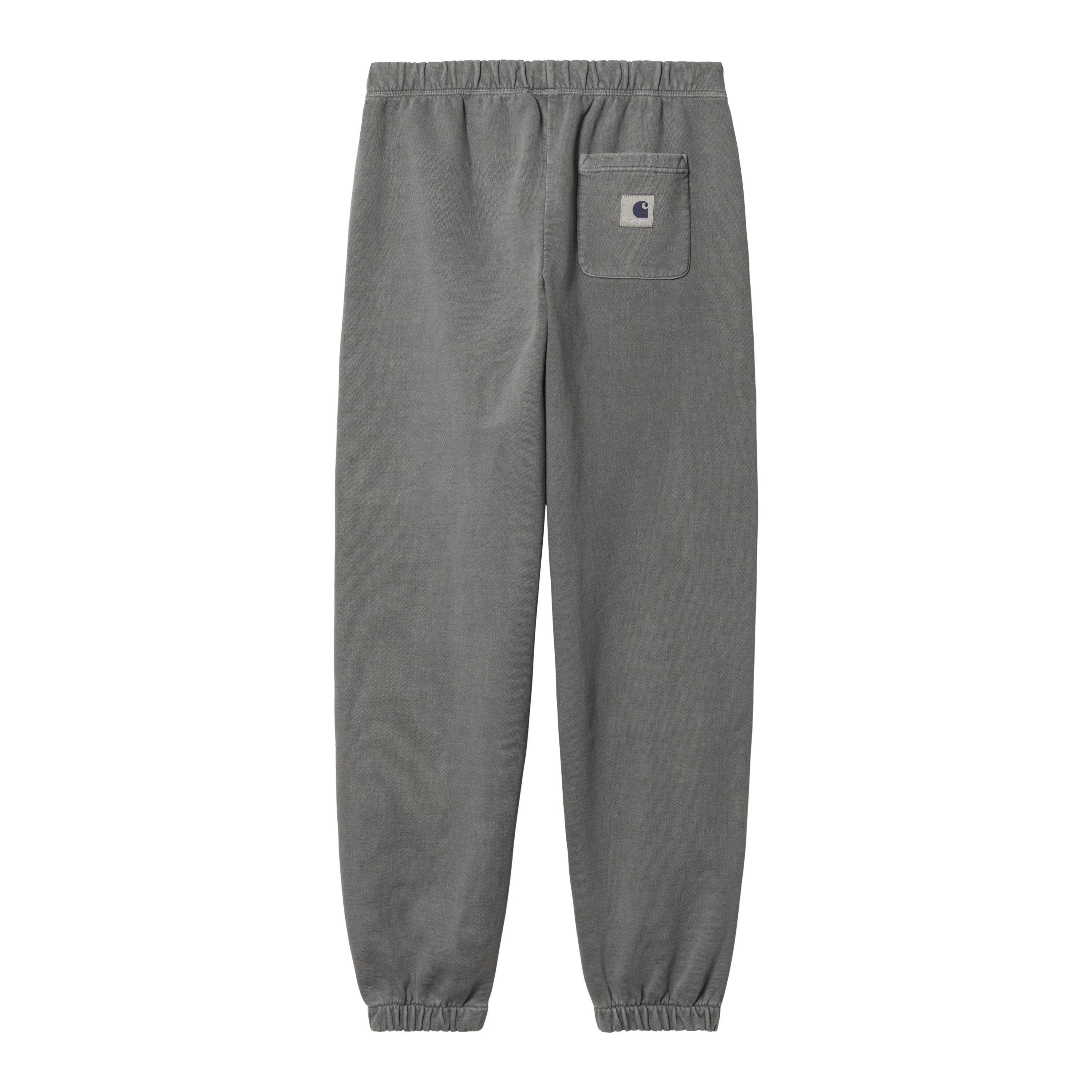 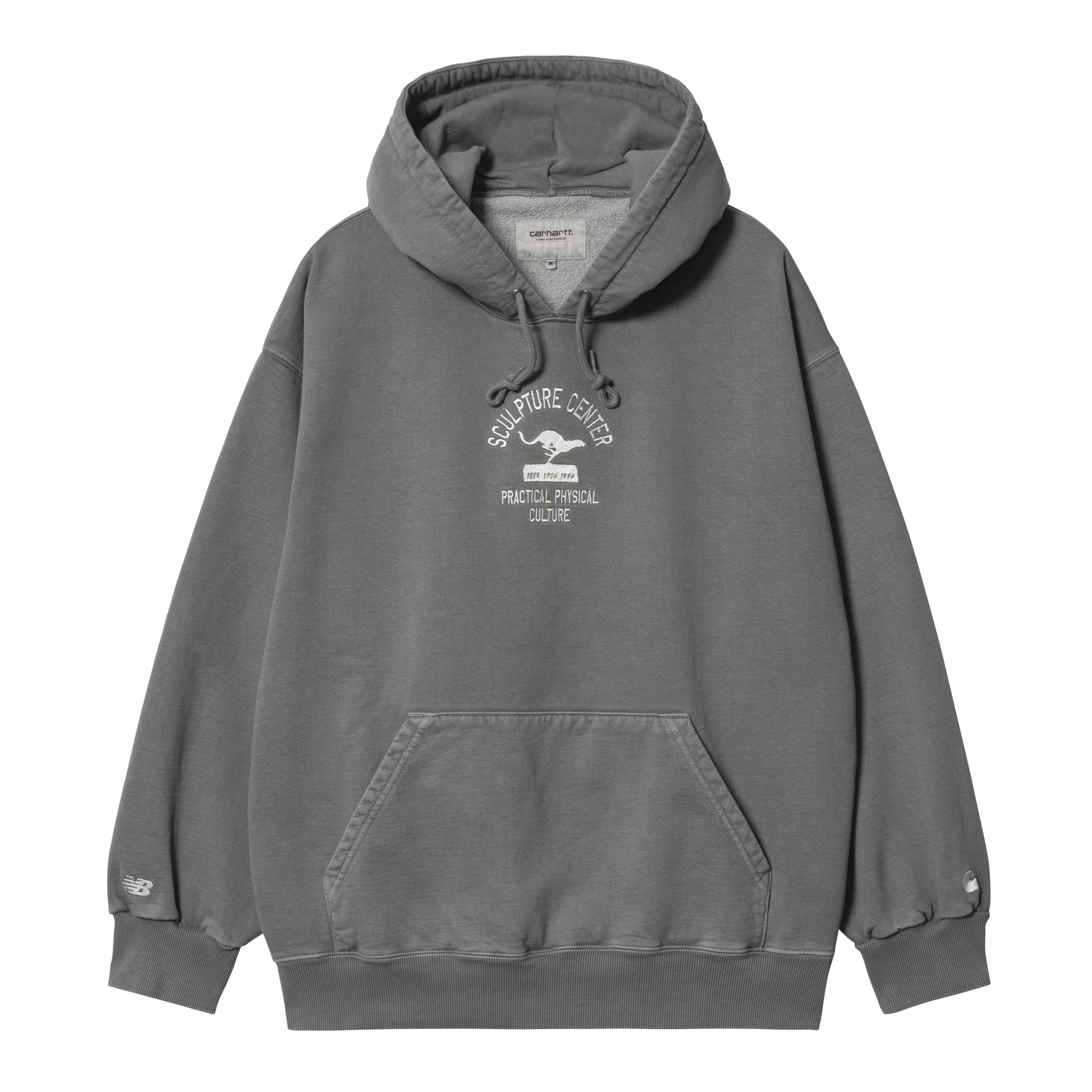 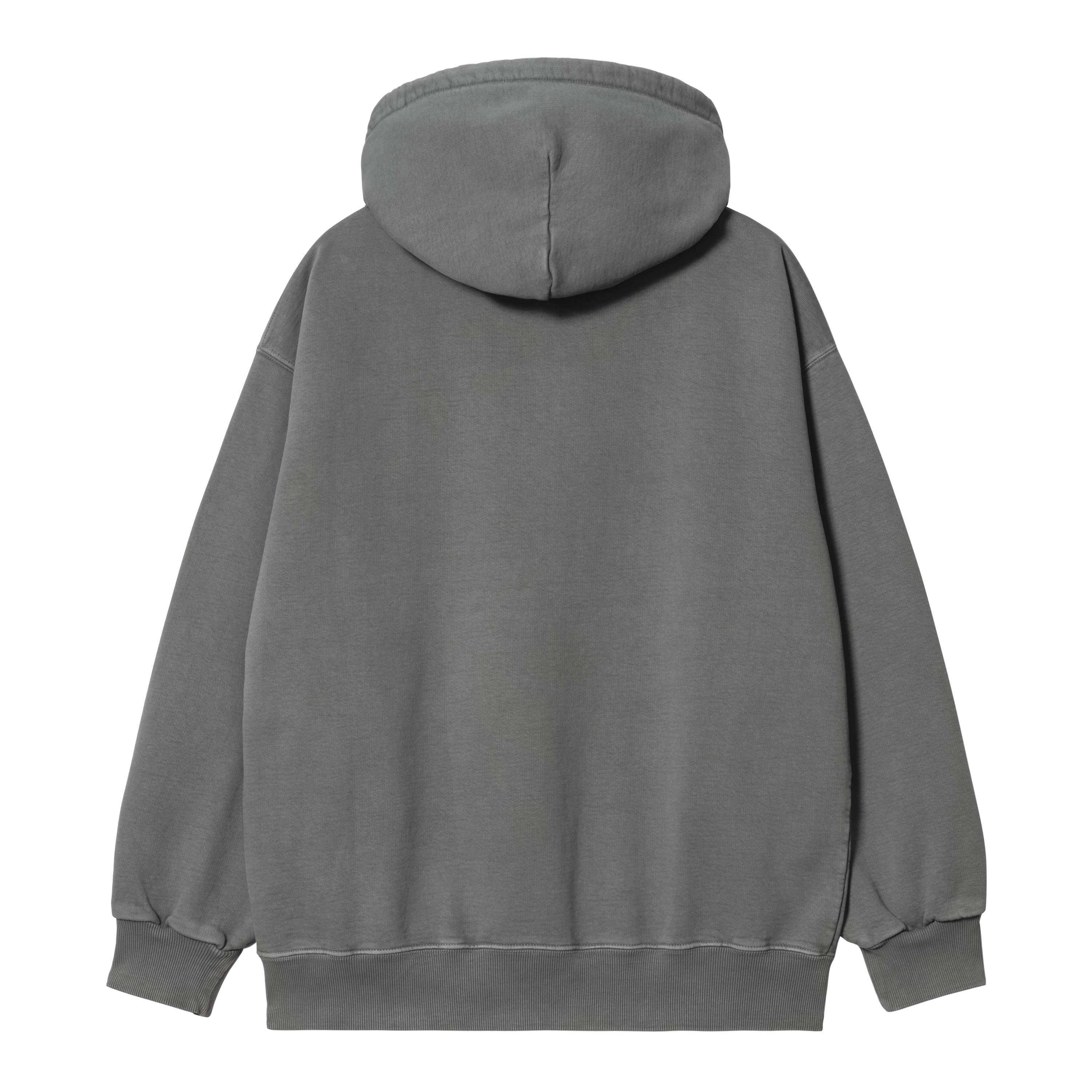 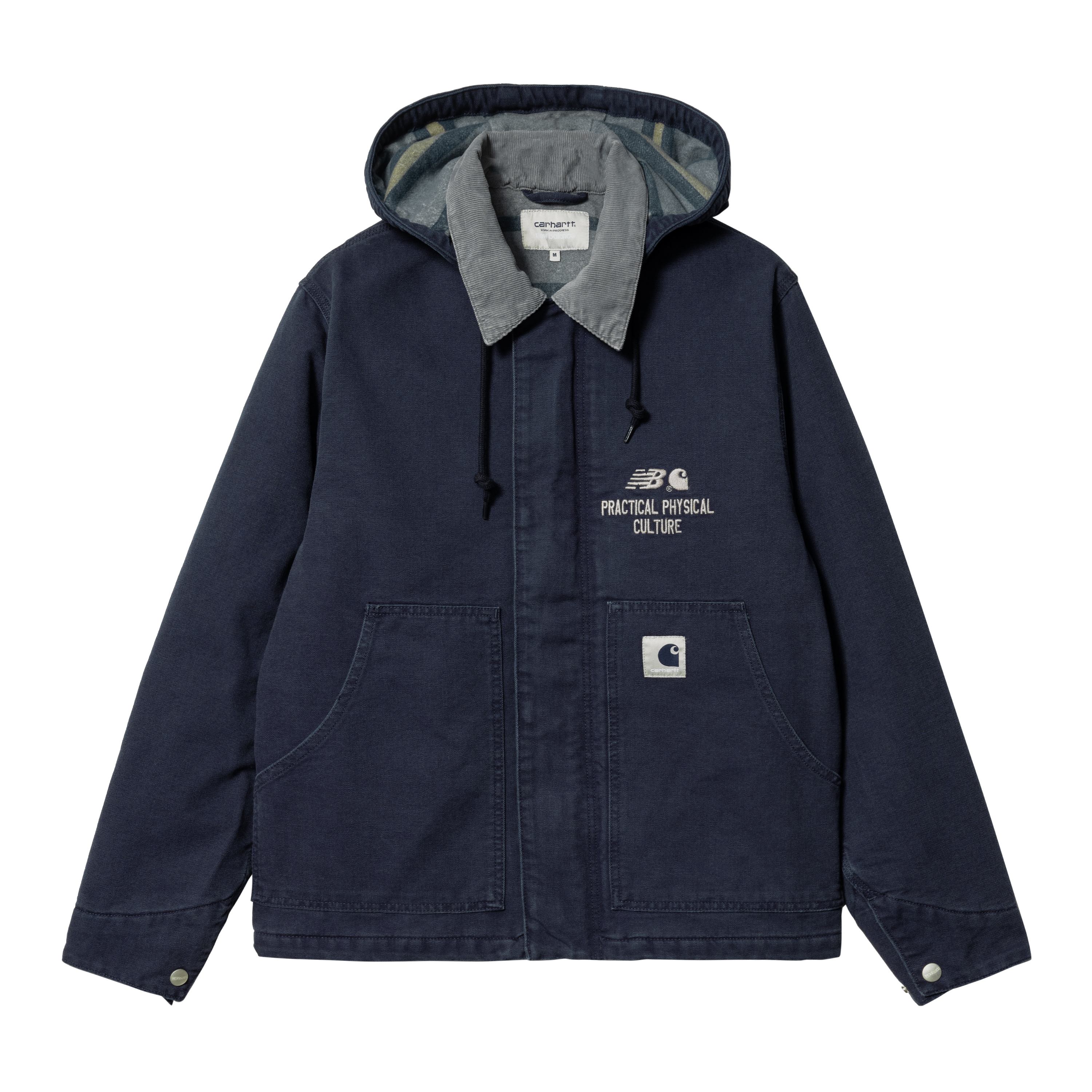 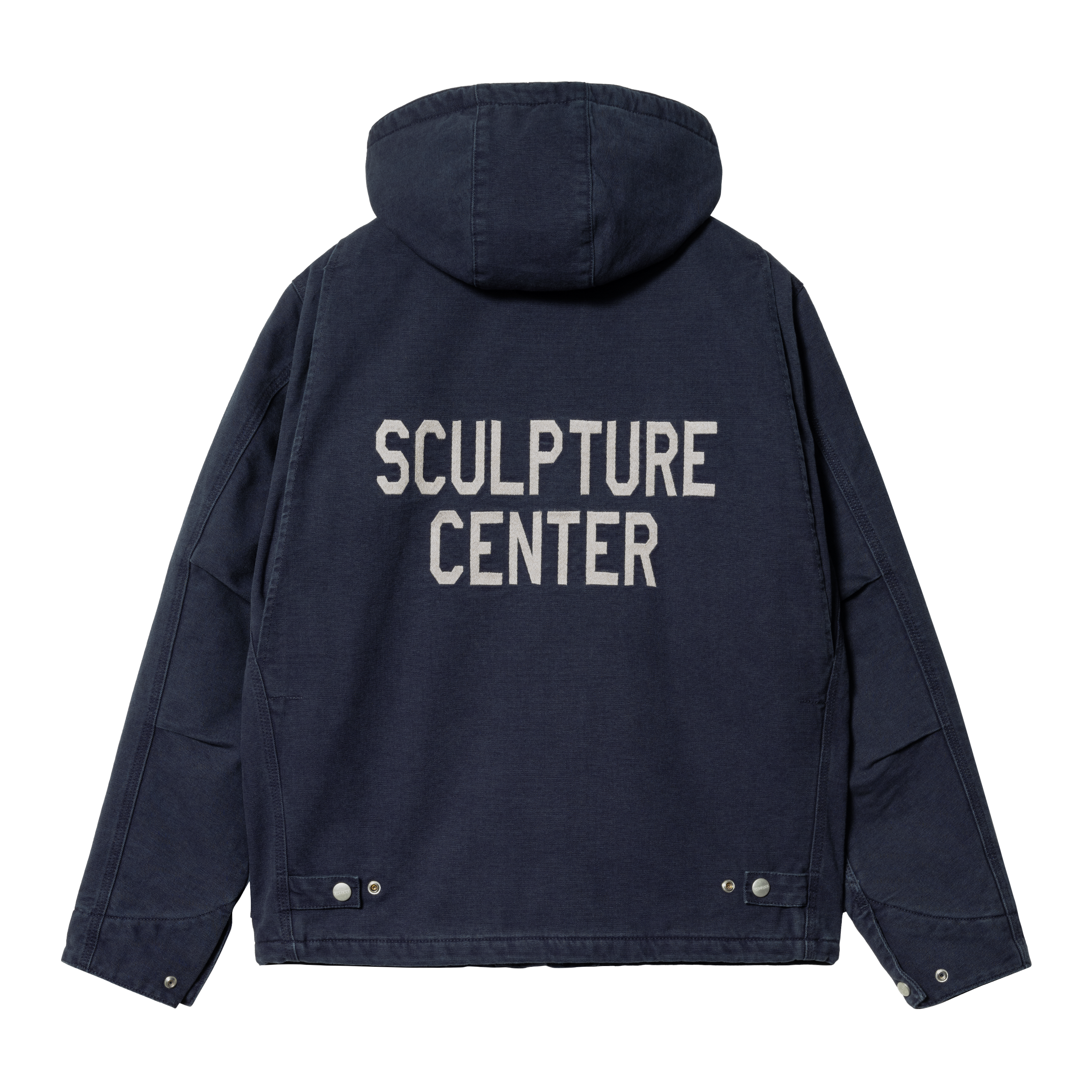 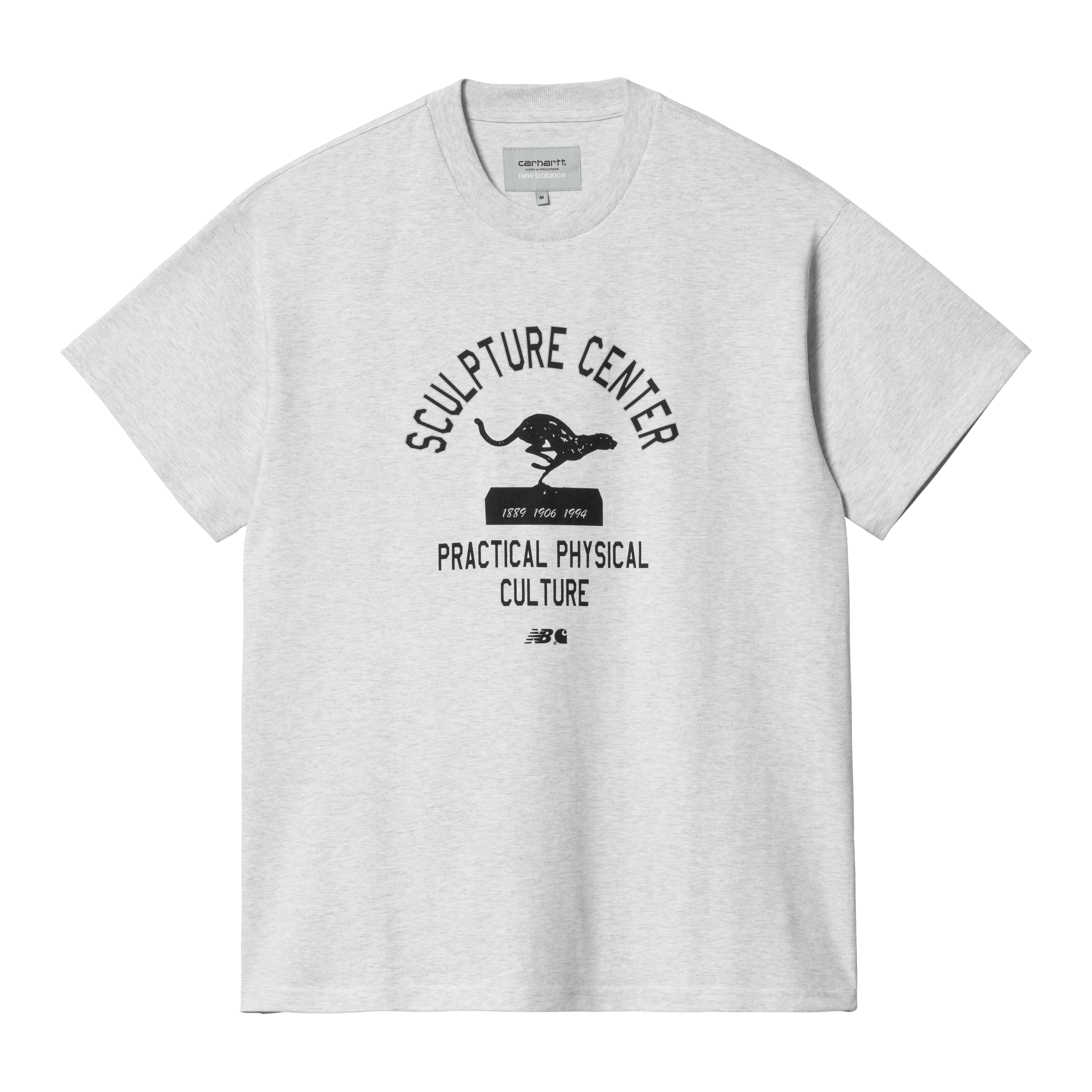 Shot by UK-based photographer Theo Cottle and with art direction from Nicolas Poillot, the corresponding campaign spotlights the collaboration through a series of still and moving images. A sense of dynamism and intensity is captured in the film as it follows a protagonist throughout the day, training in both in- and outdoor locations across London.

The New Balance x Carhartt WIP collection is available from our online shop, as well as select global retailers and select Carhartt WIP stores listed below.