“Currently, he is directing a project, which works with homeless youths to create art, organize exhibitions and nourish underground publishing and the dissemination of information. 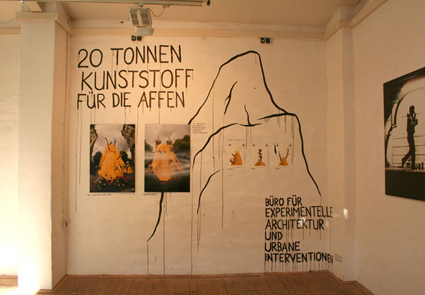 Recognized for his technical mastery as an illustrator and comic book artist, his paintings look towards the aesthetics of contradiction, still and continually grappling with the explicit and often repulsive way self doubt and social memory cast out onto our streets. Beyond any review of his visual voice, Schulze is an artist who reminds viewers constantly that humanity hurts, that no struggle for justice can be waged without suffering painful and often deep wounds.”