The Bleeps are Remy Lamont (guitar, vocals) and Paul W Parker (drums, backing vox), formerly the rhythm section in London based band, Father of Boon. The duo sprang into life sometime around 2006 with their debut single “Dull Thud”. 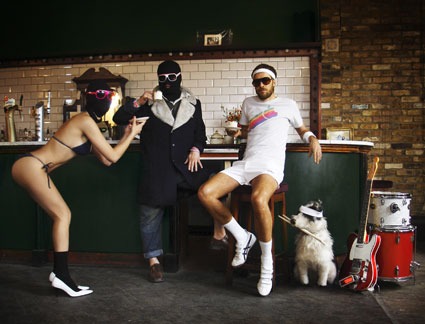 Following a flat out schedule of extensive gigging in and around London, the band have found themselves with a healthy 5000 odd myspace mates, a string of pleasantly crafted reviews and a second release in the bag. 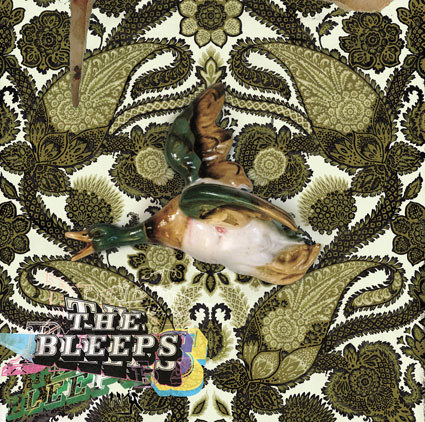 “This is a double A side”

The Bleeps second release comes skidding into view, in the form of a limited edition white 7” double A side. These things happen sees the fuzz-pop two-piece, delivering a frisk and melodic romp down their lo-fi path. Whilst Doing so well provides another taste of the bands more dirty guitar driven brew. The Bleeps are currently working on recording their debut album, which will be available later this year.

We at Carhartt became instant fans of The Bleeps. Actually we love ‘em that much that we’ve done a limited The Bleeps Goody Bag containing:

This wonderful little package is avalible in our London, Earlham Street store right now and – did we mention it before – are strictly limited stocks, so please get one early to avoid disappointment!

If you’re not one of the lucky to lay your hands on the limited goody bags, you still have the chance to pick up the limited edition 7” white vinyl at your favorite record dealer or as unlimited download.

Listen to the new single at myspace.com/thebleeps

The Bleeps – This Is An Advert