It’s no surprise, that one of 2008’s best releases in hip hop comes out of France, since the country of special treat provides the world with dope sounds for more than two decades, now.

Clin D’Oeil was crafted by DJ Damage, Dusty, and Madhi – together Jazz Liberatorz. Their music is a tribute to the golden age of hip hop, taking its strength into the roots of the black music and more notably in jazz music. 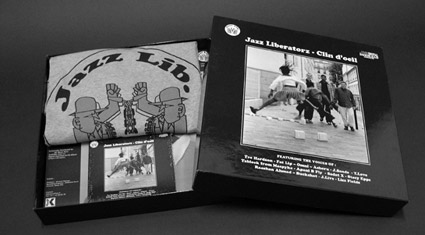 The recently released box set is limited to 500 copies and only available in selected record stores around the world. It includes six 12”-vinyls with all tracks of the Clin D’Oeil album with instrumentals and previously unreleased tracks on each one of them. The album itself is also included on a digipack as well as a limited Jazz Liberatorz Shirt, provided by Carhartt.

No New Enemies at the Botanique