Since then the man from Los Angeles go from strength to strength in order to become a true master of complex instrumental Hip Hop science.

His records on the legendary label Mo’ Wax are timeless classics. Also on his own label Quannum Projects he released some milestone tracks and albums by himself and artists like Tommy Guerrero or Blackalicious.

Although he just produced three longplayers until now, the restless cratedigger never stopped to push sample based music forward.

This Saturday the godfather of Trip Hop pays a flying visit to Basel where he plays an exclusive live performance in Switzerland. All those who never saw him mixing his genre-bending style live better not miss the golden opportunity to see how he melts effortlessly elements of Funk, Rock, Ambient, Classic, Jazz, and Soul into one big rocking wave of sound.

We promise: he will make you sweat and overwhelm with wonder! 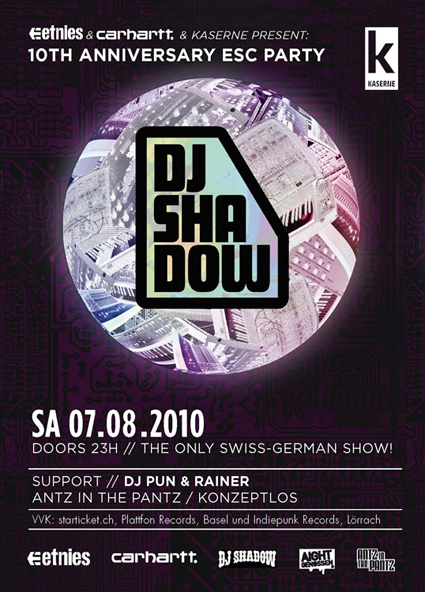