He was a Punk drummer by the age of 14 and his early music been played by John Peel already around 1978. Later he get infected by the Hip Hop virus and bought himself a drum kit. Then Disco, House and Garage dance music thrilled his body and soul. So he became a master of the turntables and he spins in legendary clubs like the Paradise Garage: the Briton DJ Harvey is a true icon of leftfield dance music.

This Friday he visits our Bavarian friends from Permanent Vacation in order to give a rare DJ gig in Munich. Hopefully he plays one of his famous nine hour sets in which he mixes all sorts of dance music – from House to Cosmic, from Disco to Garage. Fore sure his famous Black Cock edits will move your hips when he slides magic through the history of club music. 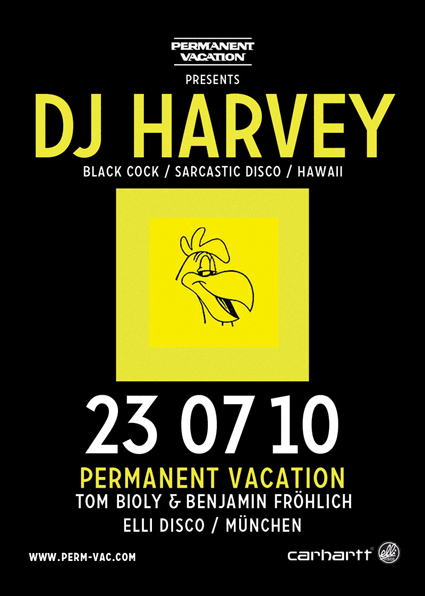