This year, Carhartt announced with Mark Ainley a more or less unaffordable music insider as editor for the composition of the latest gift CD.

As an associate partner from Honest Jon´s London based record store, his weekly mission is to deliver the latest sound dishes to all the hungry music junkies of our planet.

Together with Alan Scholefield and British popstar Damon Albarn he also runs the label Honest Jon’s, which enjoys through releases from Jamaican exile Calypso singers from the fifties until todays Folk and Afrobeat attributes like outernational or stylistic multifaceted.

For Carhartt Ainley compiled Storm over the Atlantic, a sampler full of timeless hot bass clouds!

Starting from British Roots-Veteran Errol Bellot, over Dub deepness à la Rhythm & Sound until percussive drifting grooves from bands like Wareika Hill Sounds or The Light of Saba: Each track on Storm over the Atlantic is writing its pretty own reggae history.

Thanks to the makers taste the CD sounds like a single flush. No big wonder since Mark Ainley is said to be a worldwide expert in the fields of the complex unorthodox music sciences.

Don’t pass up the golden opportunity to grab one at your local Carhartt Store. 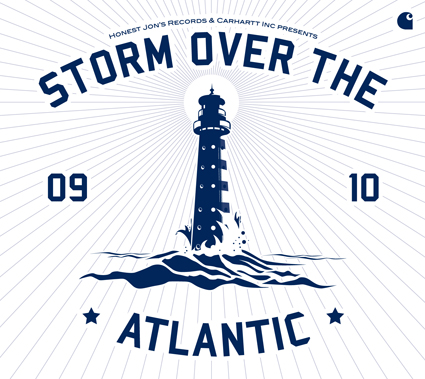 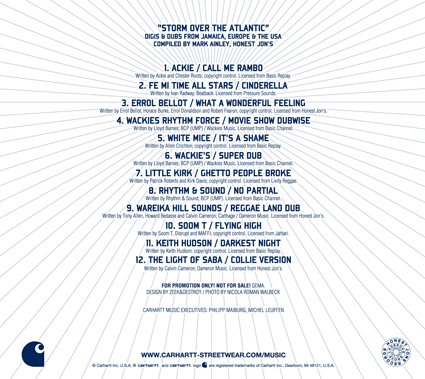