As one half of zero db, Chris Vogado produced some downbeating future jazz music history for the british label Ninja Tune. Now he runs his own record company Fluid Ounce to spread firm sounds and new artists without any real stylistic parameter. From Hip Hop to Downbeat, from House to Electronic, from jazzy Breakbeat to tropical Rhythms: Fluid Ounce features peerlessly a wide range of musical styles, mostly made for dancing and often consummately for some real slack chill out times.

And in the majority of cases the artists are crisp and unknown. Or did you ever hear some of the fantastic Hip Hop tunes produced by the London based Boiler Room Collective? Or did you spend some relaxed hours with the dubby experimental arrangements of Daisuke Tanabe from Japan?

If not check out their organic atomspheres and not dated beat structures.

You can do this easily with the latest DVD release on Fluid Ounce where 90 tracks from 29 mostly unheared artists demonstrate how versatile and colourful this label spreads timeless sounds.

Or just boot up the new Carhartt Radio Show, settle down and get some Fluid Ounce gusto while listening to the mix that Chris Vogado recently made for us. 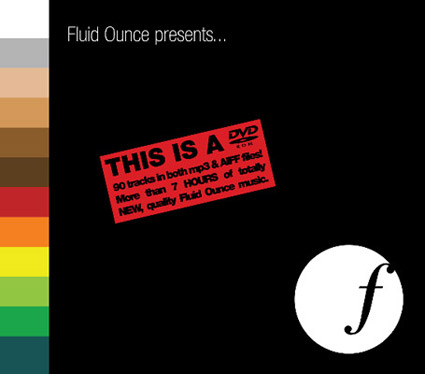