During his guest performance tomorrow night in Madrid he will melt all his musical passions into one big party groove that truley deserved the title world music. But no worry: the DJ, producer, songwriter, and record label owner from Philadelphia is in it for the party. Those who are familiar with his own productions, his collaboration with the British producer Switch as Major Lazer, and his countless remixes for artists such as Gwen Stefanie, Beck, Hot Chip, Boys Noize, Sia, or M.I.A. know that he likes to see his audience jump around while guiding them to a big ocean of rhythms, breaks, strange samples, and super touching melodies.

Before his jaw-dropping performance The Zombie Kids from Madrid will warm-up the bash with their barefaced mélange of Electro, House, and Punk. 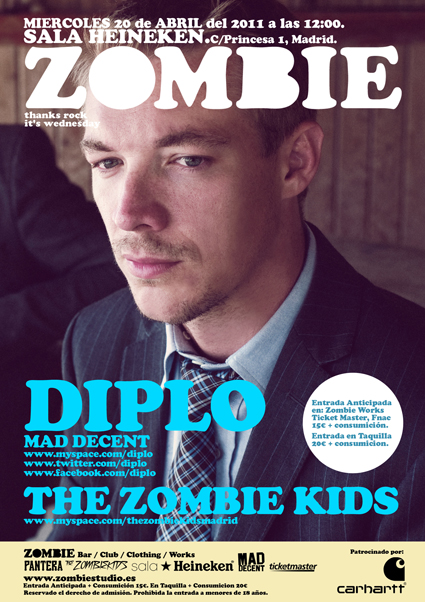