After the underground success of two longplayers and one heartbreaking instrumental record called Dreamland he recently released his latest album called Splash. On this the American Singer/Songwriter once again delivers melancholic Indierock miniatures full of touching little melodies.

Now the cream-faced songwriter plays again in Cologne at the club King George, which is his most beloved live venue all over Europe.

Those who feel terribly sad inside their souls and like to listen to The XX or Zola Jesus better don’t miss the magic performance of the young pale poet that sings like he is the last romantic boy on earth. 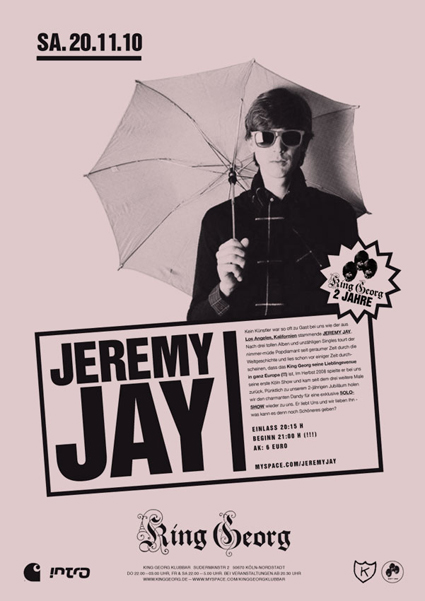