The month at Berghain Kantine starts with a special live and DJ set from Sandwell Disctrict aka Function & Regis. The british duo, that causes sensations with deep Techno since 10 years, will play with two computers, one 101, one 808 and no time limit.

A week later the Swedish DJane Stella Berglund comes around with a back full of experimental electronic gems. Her backup will be James Dean Brown, about whom some Fans from Japan say: Listening to his set is like listening to music history! Another guest of this very special night is RAY-SOO, one of the best Techno-DJs from Asia. 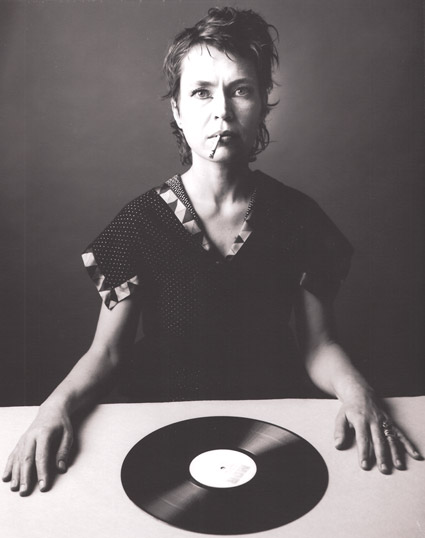 One more Techno legend comes around seven days later. Her name is Electric Indigo (picture above) and she is one of the few female Djanes, that lives Techno since 20 years. A exceeding quest performance, that will be rounded down by the residents Hanno Hinkelbein and DJ Flush.

The last night of the month will accomplish two Label makers, that are recently in great demand. One is called Benjamin Fehr and his label Catenaccio is a pool for all sorts of Electronic dance music, that receive rave reviews. His playmade will be Falco Brocksieper, the Jack of all trades, who is the man behind the labels Substatic and Karloff. Definitely a night full of funky impulsive House and Techno rhythms.

So all in all KilleKill guarantees another month of high quality dance music far behind the normal. If you don’t belive just check it out …!