In his exhibition „Pissing in a river“ Éric shows people he met on the streets, entitling the pictures as „travel memories for a brainless person“ of special individuals and journeys. It’s his unique way to keep track and memory on his trips. 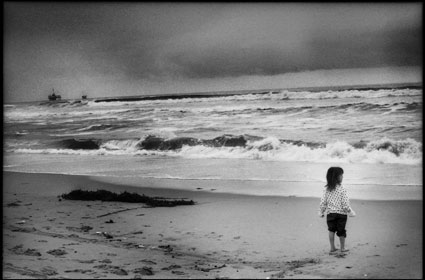 His first camera was given to Éric by his father in 1993. He immediately began taking portrait shots and images of live gigs. After dismissing the idea of a regular professional life he left France in 1997 for a important time in New York to dig deep into the art of taking photographs. 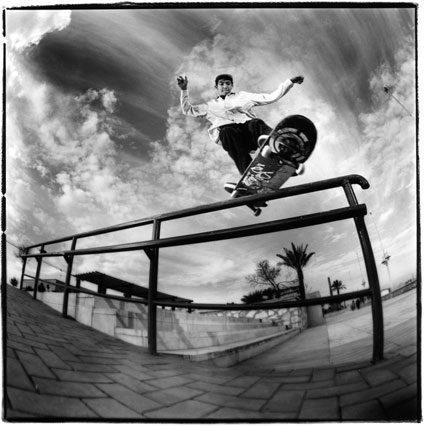 Since 10 years now Éric’s pictures are printed in Magazines like Lodown, Kingpin, Monster, and his services are hired for ad-campaigns from customers like Carhartt Streetwear. Until today he’s the European team photographer for éS, Etnies, and Emerica, always on the road, taking pictures of the team members and watching for new and unusual motives for his camera.

But no worries: You don’t have to go out on a hunt for Éric all over the continent. His pictures can be seen for nearly two months at the Basementizid.kunst.cellar gallery in Heilbronn/ Germany.