Who thinks of musical boundaries when Dr. Dre’s latest Aftermath signing Bishop Lamont meets Fat Beats recording artist Black Milk and fellow Detroit citizen Guilty Simpson from the Stones Throw Camp? Together they are touring Europe and one of their stops will be at Das Schiff in Basel. 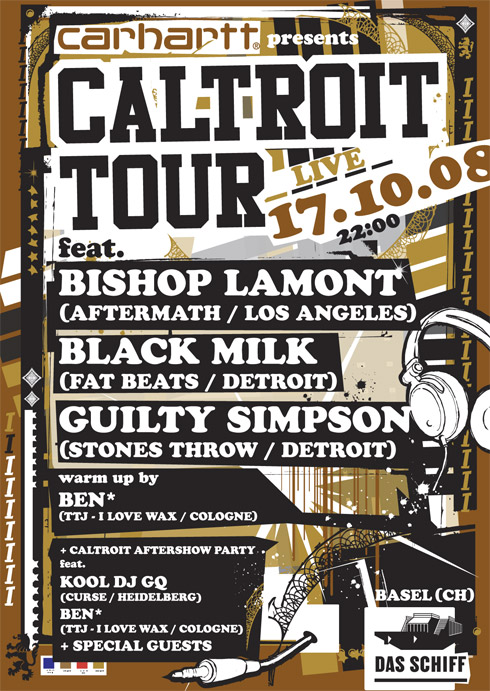 Caltroid is a collaborative project between California’s Bishop Lamont and Detroit’s Black Milk. Guilty Simpson is guest appearing on it like Black Milk did on Guilty’s album Ode To The Ghetto, released earlier this year.

Sounds like a perfect setup and for those who missed the chance to see one of Guilty’s live performances at the Carhartt in-store gig in London or at Open Source in Germany it’s a chance to see three times more live power together with Bishop Lamont and Black Milk on stage. 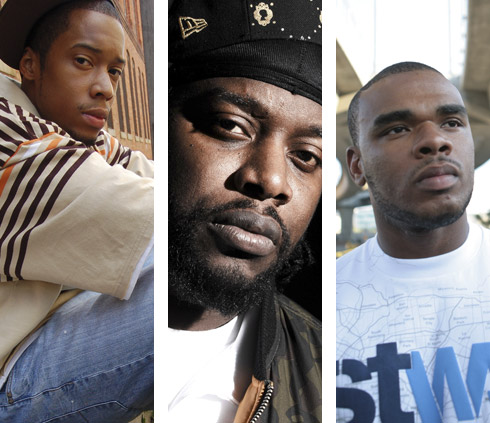 DJs at the aftershow are Kool DJ GQ (Curse & Underground Source) and Ben* (I Love Wax).