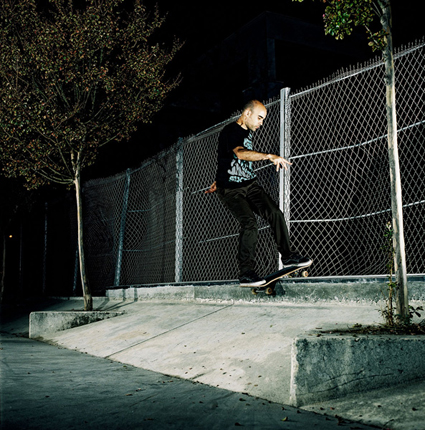 “Both urban architecture, but also skatepark obstacles, strangely echo those forms. The practice of skateboarding itself, as demonstrated by The Forbidden Conjunction (written by the author in 2003), always seems to create a kind of “montage” of the diverse materials and forms of the city, energizing and destabilizing structures conceived for rest and comfort, to the point of inverting their function and meaning. 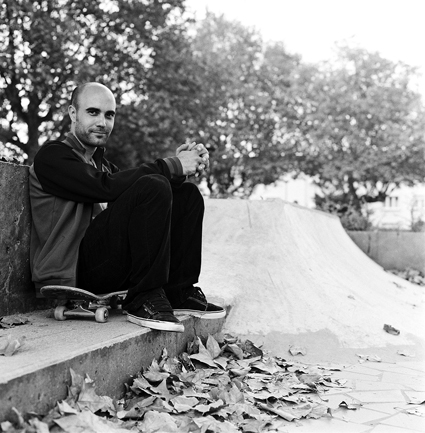 Raphaël Zarka’s essays thus participate in a kind of fantastic archeology; in their way, they expand his sculptural and photographic practice. The chronology presented in On A Day With No Waves, takes a sober, even laconic although extremely well informed approach to a history that has otherwise generally been treated in a hagiographic mode by former, first wave skaters themselves, “old combatants” who have since converted to journalism or to sociology. On A Day With No Waves makes all the more apparent the various lines that traverse skateboarding, and links it to a whole aspect of contemporary thought on the transmigration of forms and their uses.”

- Words by Elie During

English Text only
Translated from the French by Chris Sharp
152 pages | format 13 × 20,8 cm
ISBN : 9782917855195
Graphic design : deValence
Published by Édition B42 with the support of Carhartt
The book is available from B42 website
Distributed in bookshops by Idea Book and Carhartt network