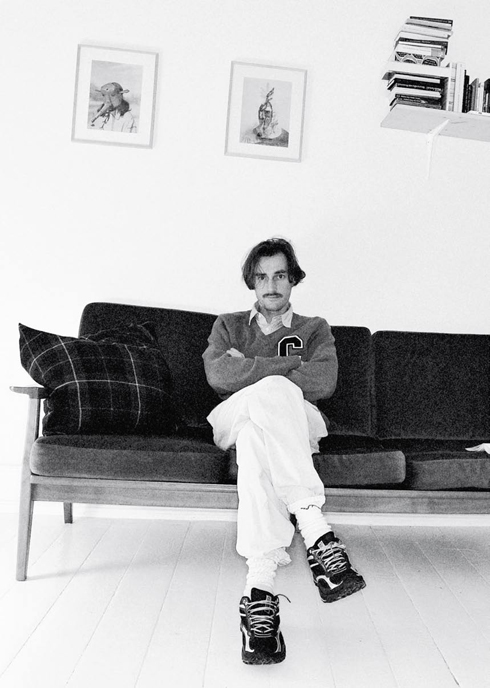 Whether in the service of art or commerce, contemporary photography seems dedicated to presenting itself as both dynamic and full of vigour. Fashion photography, in particular, strives to achieve an atmosphere of vitality; and yet the most common subjects therein are anaemic models who oftentimes aren’t much more than nicely made-up clothes racks. Rare is the photographer who dares to venture into unfamiliar territory – in terms of visual aesthetics – in order to cast a new light on old clichés and sharpen the contours of the visually perceptible. 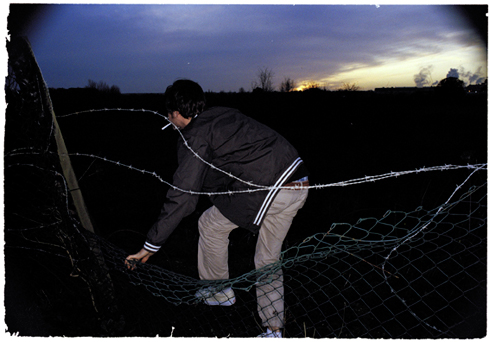 Cologne-based artist Alexander Basile is one of those few. He does not submit to the current zeitgeist in his photography. Storytelling, for him, is far more closely related to emotion than fiction. His photography inspires the sense that he never closes the shutter unless the goings-on before his eyes culminate to a point, which gives the picture the distinction of something consummate. In this way he creates a new reality that only complies with image-specific rules, which are unwritten and always random. Everything in his art orients itself to this reality. His work, taken as a whole, forms an artistic universe, which adheres to the personal vision of the man behind the camera. As a photographer, Basile only answers to his own imagination. Every picture, every camera angle, every point of view exemplifies Basile’s abilities as an artist and astute powers of observation. Still, he did not discover his unique style within the possibilities and limitations of photography right away. It was a long journey of learning and experimenting to refine his virtuosity so that his pictures now are perceptible evidence of deliberate aesthetic creation. He has never been a stickler for technology. Feeling, rather than forethought, always guides his finger on the shutter. 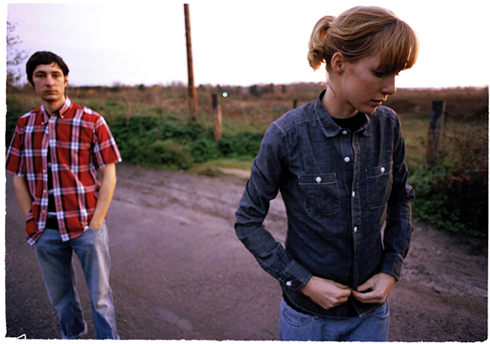 Basile learned photography at the same time he learned to skate, when he was 15. “Through skating I learned a lot about the construction of space,” he explains, “because as a skater you have to read the architecture of a city before you begin to make it your own and to move around in it. That’s something that also helped me as a photographer”. But the 28-year-old does not like to talk about his past. Not because there is anything he would like to hide, but because he simply finds that certain periods in his life are not worth commenting on. Key points of his biography – his photographic training, his journeys to South America, the time he spent in Berlin, his internationally celebrated skateboarding pictures, his commitment to Cologne’s skate scene, and his web magazine Hellozine – are elements of his life Basile would prefer not to take apart publicly. And why should he? Most of it speaks for itself. Just like his pictures, which are proof of the fact that he always effortlessly finds that special moment he is looking for: the precise instant when all the moving elements of a motif are in harmony. This was already apparent in his first work for Carhartt in 2001, realising a series of fashion and skateboarding shoots which received much attention, particularly in the skating scene. He also travelled to Mongolia where he created and gathered material for his book Dirt Ollies, edited by Carhartt, in which he not only takes a closer look at skateboarding culture, but also gives rare insights into the everyday life of an Asian country.

Now, after a longer break, he has once again authored a photo series for Carhartt, which embeds the designs of the Carhartt summer collection from 2010 into a story that addresses the question whether Britain is really an island. “I always wanted to find out about that”, he says, explaining the premise of the shoot. “Nowadays people are mostly travelling by plane with little notion of geography. But I wanted to know how it is to go to England by boat and then to take a car to Manchester”. So in the spring of last year he took an old VW Golf (with broken heating), a couple of friends, a barebones arsenal of equipment, and steered the vehicle down the Autobahn. He crossed through Germany, Belgium, and France, where he had to spend a night waiting for the ferry to sail over to England the next day. From there he drove to London and then on to Manchester through left-hand traffic and perpetual rain. “As we spent the night waiting for the boat we listened to BBC Radio and the news was: ‘great flood in England’. I could see it in front of me – washed-away bridges, the deluge – and I thought: ‘Great! You’re going to England with your summer collection and now it’s raining cats and dogs’. But I intuitively take advantage of moments like that. These particular situations affect the atmosphere of the respective work,” he says and goes on to explain: “It’s when the mood of a shoot is right – the photographer is just there and really into the thing – that gets the best pictures.” It is for this reason that the images of his latest Carhartt shoot convey an intimate atmosphere among travellers; it is clear that the photographer is not watching as an outsider, but participating with his camera as a fellow passenger. To achieve this, Basile employs the medium of photography to most authentically convey what is best described as the “presence of absence”. As a result, his photographs become a symbol of a connection that is very hard to put into words, that goes further than what is immediately apparent. The poetic power of the shots demands a certain patience from the viewer; one must take apart the individual picture, layer by layer, to uncover its secrets. 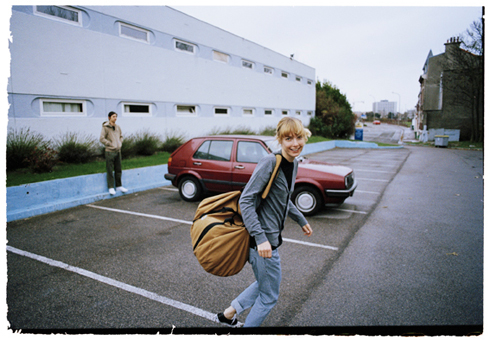 The French novelist Victor Hugo once wrote, 150 years ago: “Form is essence brought to the surface,” – a wisdom that is integral to all of Basile’s works. They are the distillation of an atmosphere perceived just before the shutter closes. With a patient and ever-wandering eye, Basile captures motifs from the continuum of empirical reality and transforms them into something unique.