At his first solo-show in Germany he will present his new book and 16 new drawings. 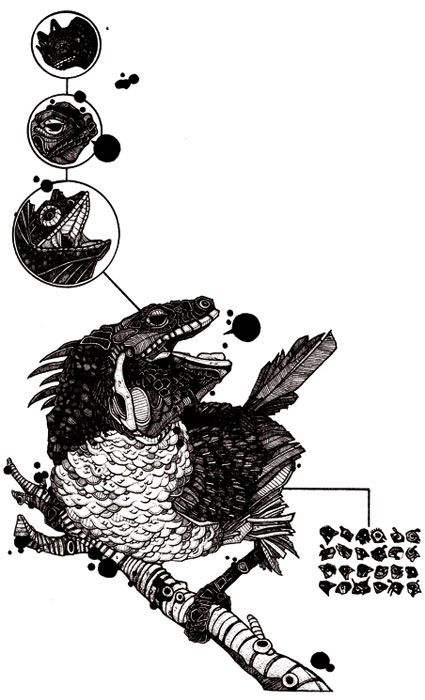 What looks like updated versions of greek’s myth chimeras that frightened the hell outta people back then is a much more innocent approach on hybrid animal beings. The detailed work of Di Genova seems to be taken out of a definitive book for zoology from a century ago with the exception that his animals have never walked on our planets surface.

But due to genetic enhancements one can never be sure what evolution might come up next with. To see Nicholas Di Genova’s art that way might be a poor explanation of his intensions so take your chance to meet the man in persona at the Vernissage night on March 28th, ask him your questions, and watch his work from March 29th until April 27th at the Intoxicated Demons Gallery in Berlin.