As a library producer for broadcast stations like BBC and Channel 4 the south London based arranger gathered experiences in producing dilly compositions that steer clear of the usual clichés. Beside this he caused some sensation with his 7inch releases for One-Handed Music in the last two years.

Now his debut longplayer The Strange Dreams Of Paul White come up to scratch with 21 hard to believe instrumental tracks, that don’t operate with the average sample approach and bewitch with a mesmerizing deepness.

Instead of digging to old Soul and Funk gems, he injects Soundtrack, Reggae and Prog-Rock atmospheres into his psychedelic vignettes. A sensational, well balanced beat carpet, that combines the hazy ambiance of Boards of Canada with the ruggedness of Madlib or Flying Lotus. 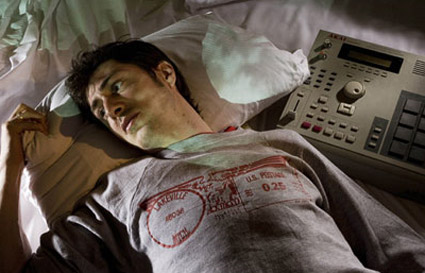