In the past a lot of HipHop artists debated world issues in their music. Today most Rappers rather talk about bling-bling instead of dealing with social or political issues. The New York based Rapper Blitz the Ambassador is an exception to the rule, because his lyrics are rich in content.

Now he comes the for first time to Europe to spread his thoughts with his band. This means handmade Soul, Funk, Afro, and Jazz rhythms enlarged with rhymes that provide ample food for thought. If you want to gain an inside into his work and the meaning behind it we highly recommend an interview with him on Rapreviews, where the Ghana born musician talks about his pretensions in the HipHop business.

But to get a real impression of his ambitious art, you have to see him on stage, where he spreads the word always charming and with the gloves off. 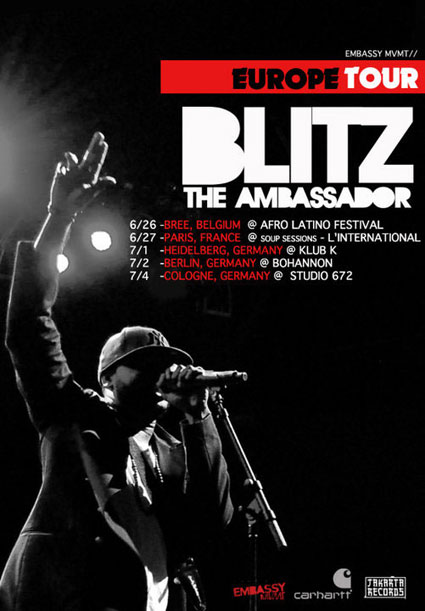 Cologne: from all quarters of the earth