The German powerhouse Heaven Shall Burn founded in 1997, were one of the first groups to ultimately shatter the boundaries that stood between the Death Metal and Hardcore genres. In today’s music scene of all style and no substance, Heaven Shall Burn showcase that they are the antithesis of that and in return, offer a genuine and sincere take on metallic Hardcore that is become a cliché of itself.

These guys are not solely about intense and heavy music, but they are lyrically exposing a dedicated, socially aware and politically committed attitude. Check out their last and meanwhile 5th album-release Iconoclast on Century Media Records and their current tourdates as the Co-Headliner of the Persistence Tour 2008 (w/ Sick Of It All and many more). 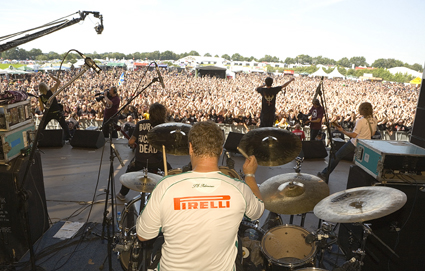